A team of Lee Elementary students learned at a school assembly on Wednesday that they are one of 24 regional winners in the 2018-2019 Toshiba/NSTA ExploraVision Awards.

In addition, two other Lee Elementary teams won Honorable Mention in the contest.

The team’s project, “RMF: Leaves Changing Shapes (Relinquit Mutatio Figura),” was selected by a panel of science educators and distinguished scientists. The RMF project is designed to tackle noise pollution and returns natural environmental sounds into communities so that everyone can enjoy nature sounds while increasing the quality of life for all living things. 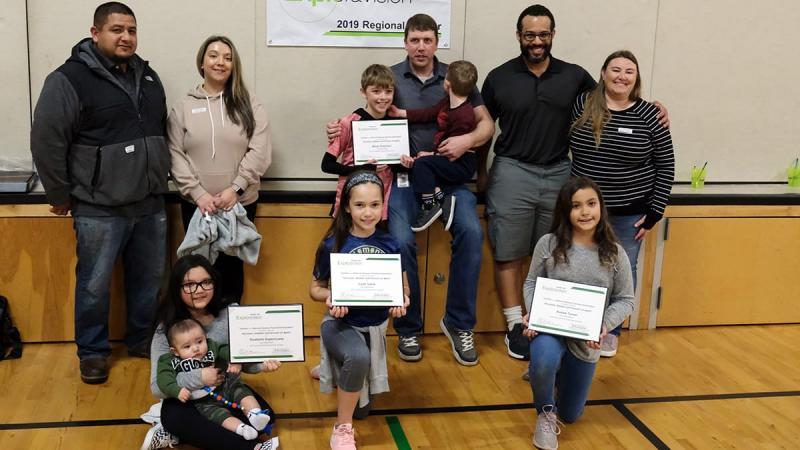 The team of Avalee Turner, Micah Robinson, Gisabelle Espericueta and Leah Ioane, along with their families.

Bruce Engberg, senior district sales manager with Toshiba based out of Seattle, visited the school today and presented the awards to the Lee Elementary team.

The team’s project is now entered into the national competition.

First prize is a U.S. Saving Bond worth $10,000 for each student, with second prize a $5,000 savings bond for each student. National finalists are invited to Washington D.C. to present their projects. National winners will be announced on April 23, 2019. The students were most excited when they learned that Bill Nye “The Science Guy” will be presenting awards at the national competition.

Two teams from Lee Elementary received Honorable Mention, which means they are in the Top 10 Percent of ExploraVison projects nationwide. Congratulations! 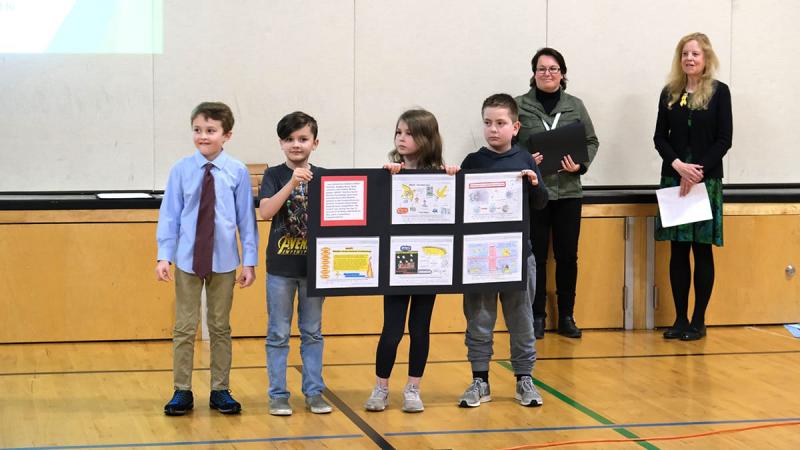 The team of Aiden, Keegan, River and Juliana is named Wfast. They developed a project to extinguish fires using a drone swarm. They got Honorable Mention in the 2018-2019 Toshiba/NSTA ExploraVision Awards. 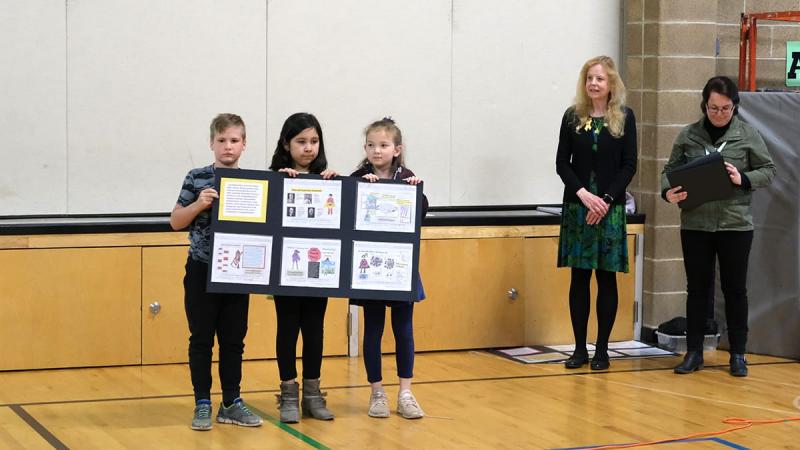 The COCO team of Wyatt, Amelie and Gabriela developed a project for a carbon monoxide conversion machine designed for use in structures to prevent carbon monoxide poisoning. They got Honorable Mention in the 2018-2019 Toshiba/NSTA ExploraVision Awards.